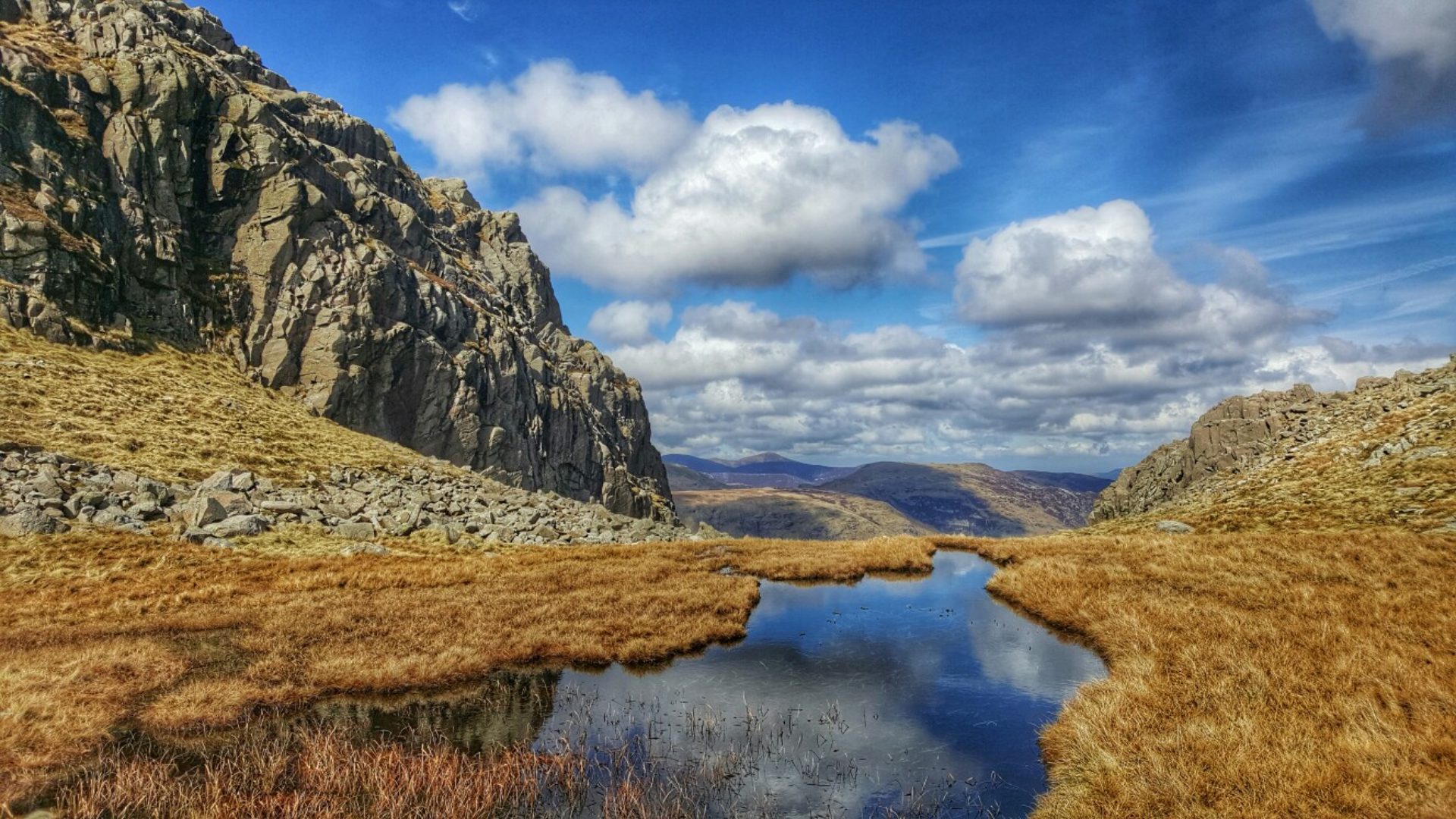 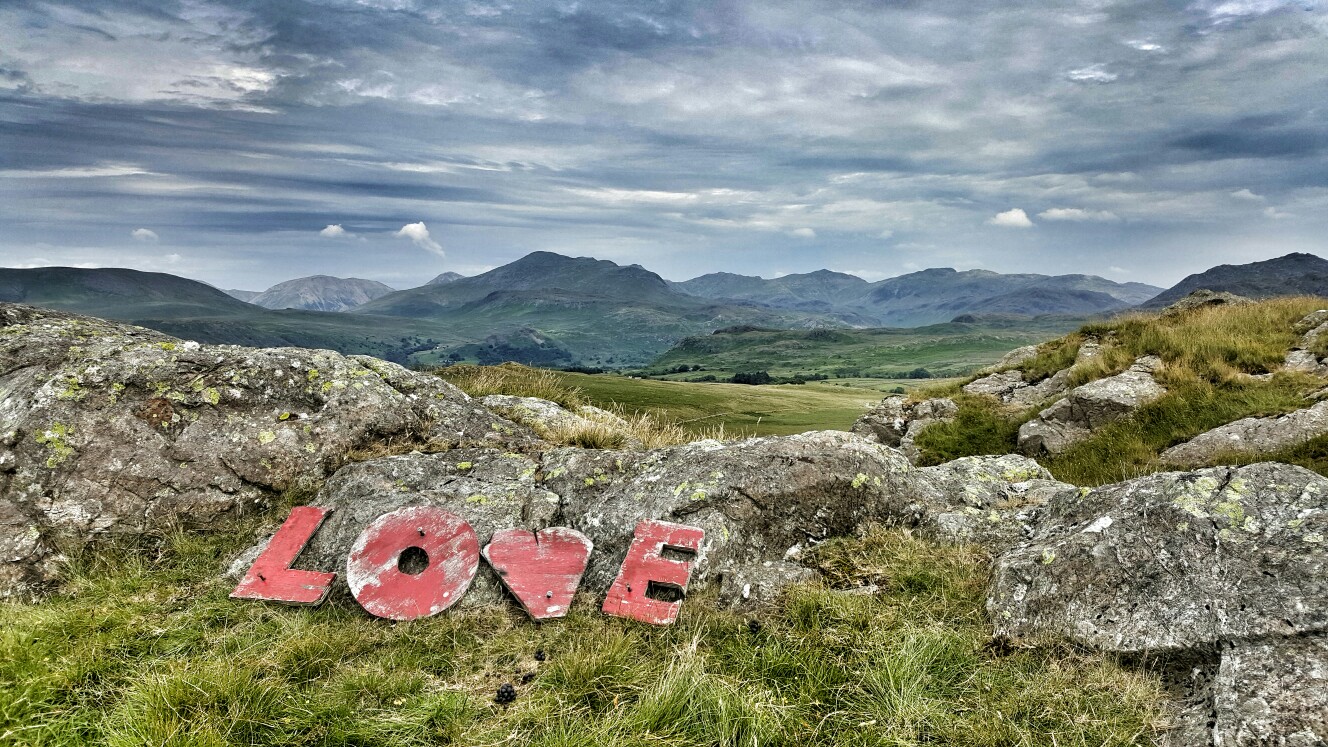 Headlines were made recently when GP’s on Shetland started prescribing walking in nature for patients. I suspect many readers of this blog cast a wry smile – many of us choose to work and play in Boukreev’s cathedral because it feeds our soul. As a collection of people who know the benefits of simply ‘getting outside’ we have the opportunity of being at the vanguard of this new wave of engagement. 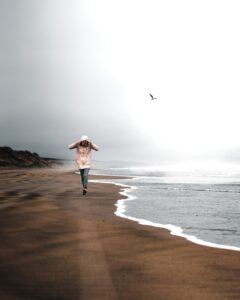 But; do we know why? If we only spend time in our own bubble of engagement (& a quick look through our social media accounts will show how narrow our interactive field can be) then it’s easy to assume everybody knows the things we hold to be true. If we only have anecdotal knowledge of the benefits of being in nature then we can’t always explain to others something we simply feel. As Karen MacKelvie, a community engagement officer for RSPB Scotland, said: “There is overwhelming evidence that nature has health benefits for body and mind. However, despite many doctors using the outdoors as a resource to combat (their own) ill-health, far fewer recommend the same strategy to their patients.”

How many of us have a tough day and go for a walk or a climb or a paddle to reset – but can we explain why?

I was always a child with a head full of noise – a rubbish home life can do that. Being outside helped calm that down a lot – I’ve often said that climbing was the thing that finally set me on the straight and narrow, that showed me a way forward. And then in the way of life that got forgotten for a little while. But, when Mum was killed and I found myself lost, just as I started to drown – friends took me back out into the hills & that became the one thing that could truly help me find a sort of peace. At first I climbed way too hard  simply trying to empty my mind, I ran far too far to try and make my body hurt enough to distract my mind – but it wasn’t till I stopped and learnt to be still I really started to heal. Many many of you will have been on similar journeys, everyone has a tale to tell.

A decade later I’m an outdoor instructor & a Mental Health trainer. I’m as balanced as I think I’m likely to get & it’s a pattern I’ve seen again and again. So I decided to try and understand how a truth we all feel we know has gotten lost – if there’s empirical evidence that being in nature really is good for our wellbeing.

In starting to look past hearsay and to search out facts it became clear that whilst a lot of studies are referenced by organisations many are either never linked to or are based on that same anecdotal knowledge. Many make inferences, but few were conclusively fact based. However trends began to emerge; as we realise that mental wellbeing is often ignored and seldom discussed we’re starting to see in the media that what many of us know is actually viewed as groundbreaking by modern society. 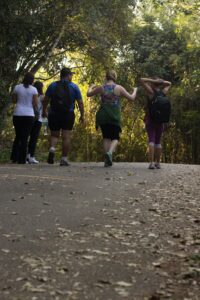 In 2005 the American author Richard Louv coined the term Nature Deficit Disorder to describe the decreasing interaction children and many adults now have with the natural world – the consequences of which he lists in his book Last Child in the Woods – but many of which are clearly pathway mental illness conditions, phrases I’d use to describe poor well being – attention problems, engagement issues, emotional and physical distress. Whilst he lists many reasons (all valid) for this decline in the development of the modern world, it also matches the removal of outdoor education from school provision and the massive scale decline of outdoor activity centres. Even Scouting, currently enjoying a huge resurgence, is greatly reduced since it’s (UK) membership peak in the late ’70’s. The Sport England funded ‘Getting Active in the Outdoors’ Report showed clearly that a lack of engagement in our early years reflects a lack of later-life engagement – so it becomes easier to see how our ‘truth’ got lost as generational cycles develop.

Until recently studies or articles with definite sources have been very hard to come by; many have been based on individual observation or example. But that recent upswing in media attention on mental health has seen a rise the publication of studies in this area. Many of these studies are collaborative and use a wide range of source material. A 2017 article published in the Royal College of Psychologists journal found that “Broadly, the evidence for a link between mental health and engagement with, access to and interventions within nature is substantial; the findings are of variable reliability but there is a consistent positive trend ”

So I thought I’d look into some actual proof, find some published studies. 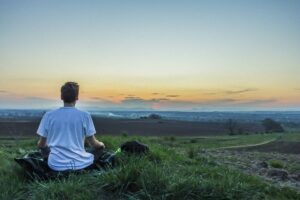 claimed a sample size of 290million people from over 20 countries. This was in fact a summative report from over 140 different studies over the previous decade – a sample size and process that it’s difficult to fault. The lead author on the report, Caoimhe Twohig-Bennett, stated that “We found that spending time in, or living close to, natural green spaces is associated with diverse and significant health benefits. It reduces the risk of type II diabetes, cardiovascular disease, premature death, and preterm birth, and increases sleep duration.

“People living closer to nature also had reduced diastolic blood pressure, heart rate and stress. In fact, one of the really interesting things we found is that exposure to greenspace* significantly reduces people’s levels of salivary cortisol — a physiological marker of stress.”

Greenspace included open urban land – so the study was diverse in access.

Closer to home a study by the University of Exeter Medical School looked at 20,000 UK residents and delivered some more interesting and specific data. They concluded that whilst benefits could bee seen for individuals who spent time in nature they could also make a recommendation for how long that interaction should ideally be, the authors reporting that ” individuals who spent between 1 and 119 mins in nature in the last week were no more likely to report good health or high well-being than those who reported 0 mins. However, individuals who reported spending ≥120 mins in nature last week had consistently higher levels of both health and well-being than those who reported no exposure.”

But is it that simple – is two hours in nature a week a cure-all?

Obviously the simple answer is no – the Exeter Report found that similar levels of physical activity not taking place in the natural environment led to similar reported health benefits – and drew the conclusion that….further study was needed.

Perhaps however the most startling conclusion from Exeter was “In terms of magnitude, the association between health, well-being and ≥120 mins spent in nature a week, was similar to associations between health, well-being and: (a) living in an area of low vs. high deprivation; (b) being employed in a high vs. low social grade occupation; and (c) achieving vs. not achieving recommended levels of physical activity in the last week. Given the widely stated importance of all these factors for health and well-being, we interpret the size of the nature relationship to be meaningful in terms of potential public health implications.” Engagement in nature being as beneficial as general exercise or interesting employment. 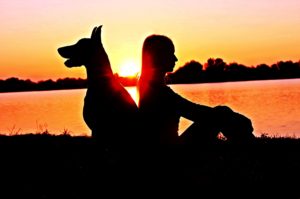 So having looked into large scale generalised studies where the authors were one step removed from the participants (or raw data) I went looking for direct link studies. Obviously by their nature these tend to have much smaller sample sizes – but they also have directly observed findings.

The first to really make me sit up and take notice was “Interacting with Nature Improves Cognition and Affect for Individuals with Depression” published in the Journal of Affective Disorders, 2012. This tested 20 clinically diagnosed participants with Major Depressive Disorder. It tasked them to take a 50minute walk in nature and a 50minute urban walk (one week apart). Cognitive function was then tested – the nature walk seeing significant improvements. The report concludes “These findings extend earlier work demonstrating the cognitive and affective benefits of interacting with nature to individuals with MDD. ”

A 2016 article in the Journal of Positive Psychology detailed a study at the University of British Columbia based on “Noticing nature: Individual and social benefits of a two-week intervention” where 395 individuals were asked to document how nature they encountered in their daily routines made them feel this was compared to anther group who noted interactions with man-made objects and a control group who did neither. The author noted ““The difference in participants’ well-being—their happiness, sense of elevation, and their level of connectedness to other people, not just nature—was significantly higher than participants in the group noticing how human-built objects made them feel and the control group.” 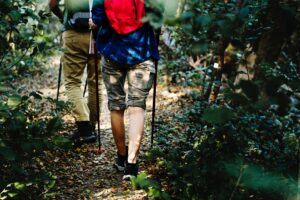 In 2018 the UK charity Mind published a report which was largely based on interviews with 109 participants who took part in the charities outdoor engagement programs (gardening, walking & conservation work). A staggering 94% of people commented that green exercise activities had benefited their mental health. Some of their comments included:
“I feel better about myself and have a sense of
achievement.”
“I am more relaxed, have better focus of mind,
greater coordination and greater self-esteem.”
“It improves my depression, helps me be more
motivated and gives me satisfaction in doing
things”

90% of people said that the program had been beneficial to the physical health. Yes, you read that correctly – outdoor exercise was marginally more beneficial mentally than physically!

I could go on (& I did, I’m still reading 2-3 scientific papers a week in this area), but for me I now had the empirical evidence that I was looking for to back up the anecdotal evidence I felt I knew.

Details of the Mental Health First Aid Courses we run can be found HERE.