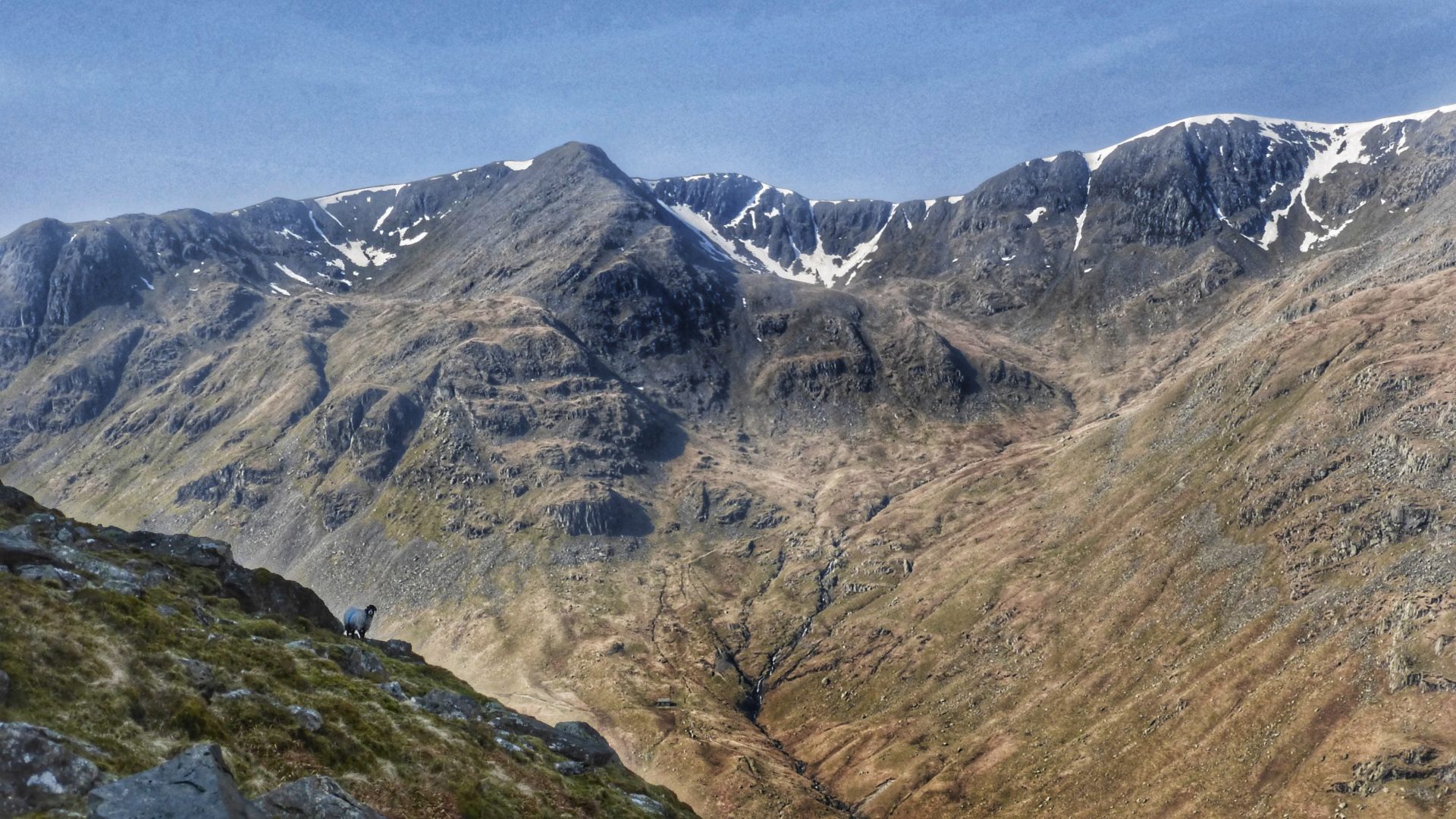 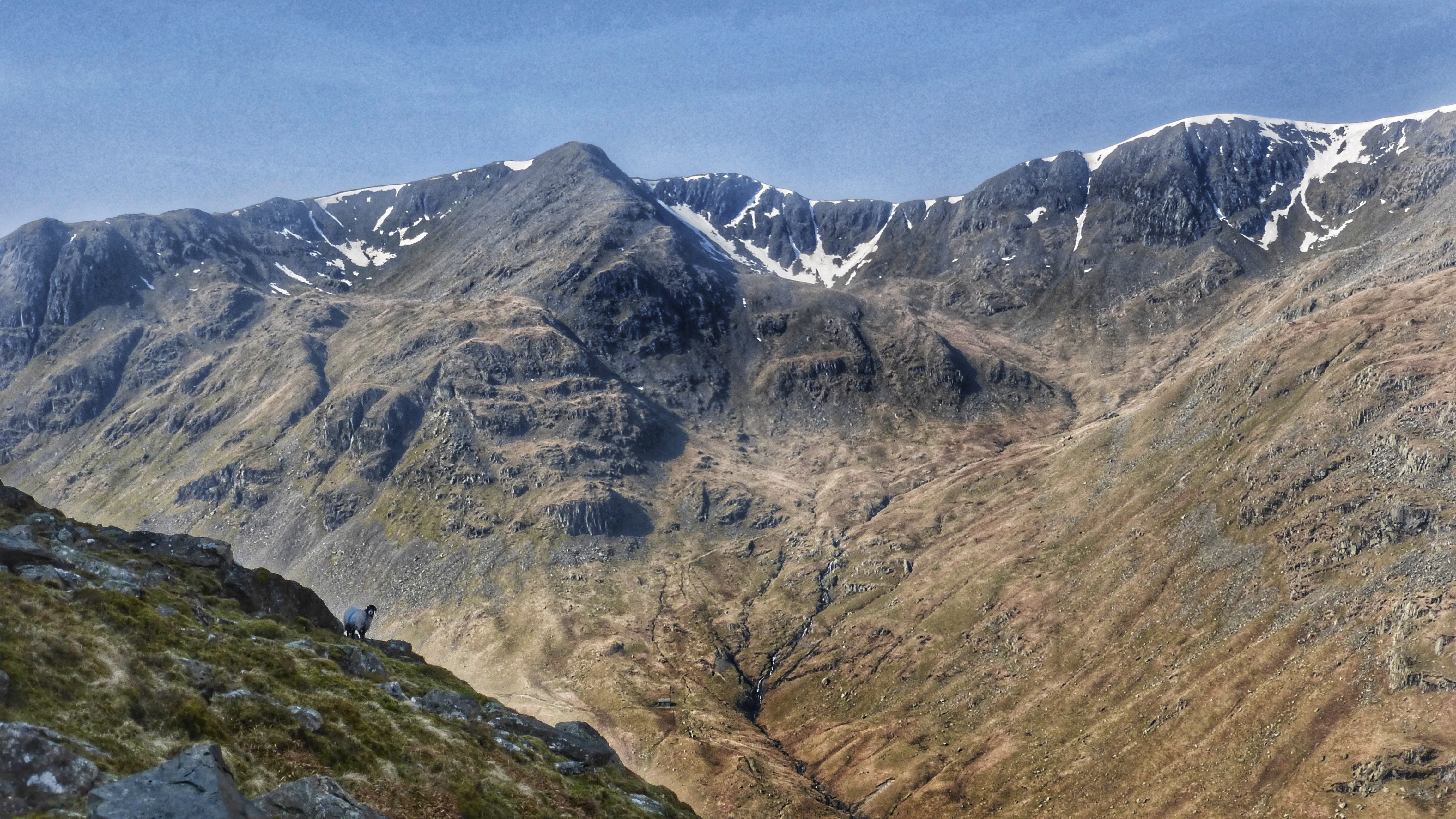 A secret little gem, stolen from the crowds – a place to wander alone when it’s more famous neighbours are covered in people.

There are dozens of ways to approach Helvellyn – it’s a stunning mountain that offers something for everyone – and because of this it is nearly always one of the busiest in the Lake District. But part of what makes Helvellyn so special is it’s surroundings – and that’s where today’s day out is going to take us.

The Grisedale valley is a great way into the high mountains. Parked at the village cricket field (£3 donation) a short climb out of the woods becomes a nice leisurely stroll along the valley floor that takes you alongside the Beck – in places it’s almost a ravine and quite spectacular. You’ve two options here – either South of the beck or North, and the choice must be made where the road ends, just before Thornhow. I prefer to wander out on the more northerly path. At the small woods of Grassthwaite Howe you’ll almost certainly say goodbye to any other walkers you’ve seen – they’ll all start the long climb to the Hole in the Wall – you will contour the valley with stunning views in front of you towards Grisedale Tarn and it’s impressive steep sided col.

Somewhere between the third & fourth drystone wall, before Eagle Crag totally dominates your view – a tiny easy to miss path heads West taking you alongside Nethermostcove Beck. The adventurous amongst you might want to scramble along the beck – on a summers day with dry rock its the most enjoyable way to climb into this remote feeling place.

Once up and into the cove its a great atmospheric place to have a little wander and explore (it also makes a great wild camp spot). At this point you’ve done about half of the ascent for the day, so I’d recommend a break – you might hear voices drifting down from Striding Edge above you – but you won’t see a soul.

From here route finding can be a little difficult, but you need to exit the cove onto the broad nose above Eagle Crag – whilst it looks adventurous to try scrambling up via Calf Hole the rock and ground is very loose – and you’ll miss some spectacular views. 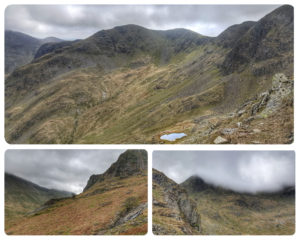 The Ridge looks implausible from below – but is actually little more than a steep path. Exposure can be added – but due to the nature of some of the rock lower down it’s advisable to stay central to the ridge.

It passes above Hard Tarn, another wild and remote spot. This is a place I’ll often find Red Deer out of season. 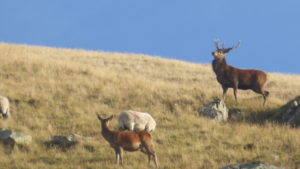 The ridge does however have a surprise in store – just as you are thinking scrambling skills might not be needed it finishes with a delicately thin rock section of ridge that connects you onto the broad flat expanse that makes up the summit proper of Nethermost Pike. Whilst probably no more than 20 metres across it does demand caution and a steady head.

After a wander out to the Cairn that marks an indistinct summit I then recommend you turn and head due South. Across the Cove you’ll be able to see the crowds on Helvellyn, The views of Striding Edge in particular are very very good. 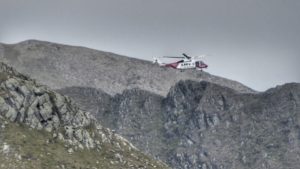 On this short section heading over High Crag and onto the summit of Dollywaggon we’ll probably encounter the few people we’re likely to meet all day – in the most part they’ll be aiming for Helvellyn from Dunmail Raise.

Once we’re at the summit of Dollywaggon I recommend a late lunch – wander a short way East (we’ll be descending this ridge after our stop) and you’ll once again find yourself on your own – the views will hopefully be stunning and a reward for your efforts so far.

Looking back at High Crag from the lunch stop on Dollywaggon.

We now follow the broad ridge known as the Tongue roughly North East. It’s important here to watch for little micro crags and to test any rock that you use – this is a very rocky hillside with lots of crags that hardly show on the map. There’s a broadening of the ridge between the 650 and 600m contours and this offers the easiest path out into Ruthwaite Cove – but it is possible to continue North East and carefully make your way all the way down to Ruthwaite Lodge.

If you’ve made good time you might choose to turn South and make your way to Grisedale Tarn and return over St Sunday Crag – but this will involve another 500m of ascent.

The easier option is to return along the valley floor on the path we elected not to follow at the start of the day, the path to the South of the Beck – its a lovely route back to the start and should leave you sufficient time for coffee & a cake in Glenridding. 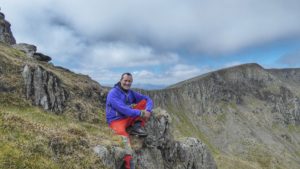 The author on Dollywaggon Pike – Nethermost East Ridge drops from the right skyline.